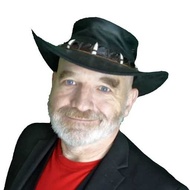 See what else the community is up to...

On this day in 1624, Cardinal Armand Jean du Plessis, Duke of Richelieu (known simply as "Richelieu" ) was made president of the council of ministers of France

When I say "France", I mean something as we know it today, but back then it was anything but a country. There were severe internal differences, each little fiefdom had it's own lord, and national control was a rare if non-existent thing. The old joke is that the phrase "Holy Roman Empire" was wrong on all counts: It wasn't holy, it wasn't Roman, and it wasn't an Empire.

After the Western Roman Empire slowly disintegrated into little kingdoms, the people in the west still thought of themselves as Romans. Why wouldn't they? In fact, if you look at some very modern terms for leader, like "Tsar" and "Keiser", they're just different ways of saying Caesar.

But a disintegrated Western Europe was inherently unstable, no matter what they though they were. Add in the printing press and the ...

Fifteen years ago, I created the Markham Assessment Tool (MAT). The idea wasn't to implement processes, or make some new "maturity scale" for organizations to use to monitor and punish teams. Instead, every team, even the most successful ones, had things they should probably talk about but had been putting it off (or never realized it) The MAT was an effort to provide a standard language to begin conversations no matter how big or what the nature of the team was.

The first job was finding a detailed enough language to try to pinpoint where the conversations should happen. The default was a combination of the RUP and the CMMI's "common obstacles to process improvement" (Once again, this tool had nothing to do with process; it was just about creating a standard language that could be used by coaches across teams) Other combinations were used as well during field testing. 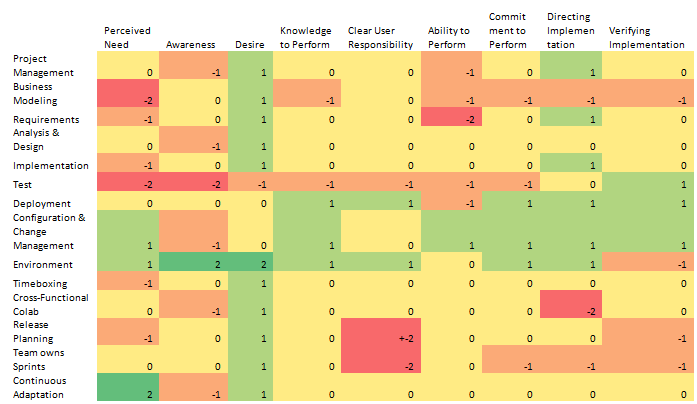